When the last elephant on Earth mysteriously vanishes, four foster kids discover that they’re not alone in the Universe, even though sometimes it can feel like they are. Set in the near future, Endlings is a sci-fi action adventure series for families that sees the fantastical face off against the seemingly unremarkable. 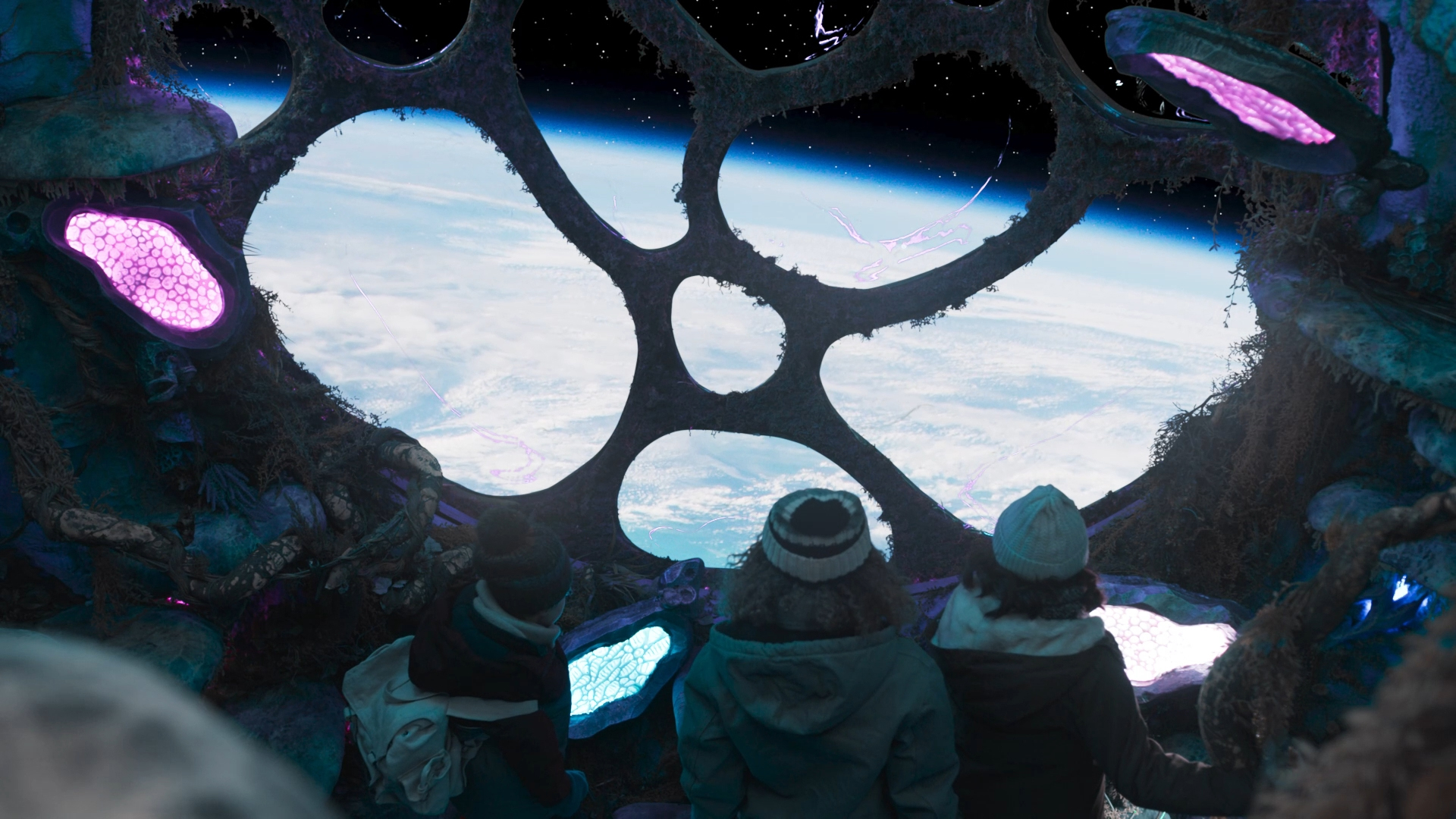 Set 20 years in the future, Endlings is the empowering story of four teenagers in foster care who discover they're not alone in the universe, even though sometimes it can feel like they are.

Halfway across the world, Tuko is alone. After the death of her mate, Tuko becomes the last elephant in existence--what biologists call an endling. Her endling status summons to Earth a mysterious Alien who is on an intergalactic quest to save the last member of near-extinct species.

After Tuko is collected, the Alien's ship malfunctions and sends it on a crash course with the farm where Julia, Johnny, Tabby and Finn live with their foster dad, Mr. Leopold. Before crashing, the Alien releases all of its cosmic collection into the fields and wilderness surrounding the property.

This kicks off a high-action life-altering mission to retrieve these fantastical creatures before the local police, Tuko's caretaker, or a secretive industrialist can. Along the way, four discarded teens discover that "endling" doesn't have to mean the end; it can also mean a new beginning.

The year is 2041; Julia, Johnny, Tabby, and Finn continue to help their extraterrestrial friend Ling save fantastical endlings. With the aid of their foster father Mr. Leopold and animal activist Dr. Abiona Maina, the group is getting closer to retrieving the remaining ‘last of its kind’ creatures and completing their mission.

But when Ling accidentally shows Tabby a vision of their quest failing, the team learns that Ling’s powers don’t just allow the alien access to their pasts but also their futures. This glimpse of what’s to come reveals Infinitum CEO Tresa Hewes, who has been tracking them for her own illusive reasons, capturing Ling and tearing their foster family apart.

Together, the group makes the choice to confront the pain of their pasts in order to change their futures and save Ling. This decision to fight fate kicks off a season of high-octane adventure where four wounded teens must learn to let their hopes, not their hurts, shape the future.

Since opening its doors in 2004, Sinking Ship has produced over 500 hours of content, and through their globally recognized in-house distribution division, has sold to over 200 countries internationally. The company has rapidly earned a global reputation for high quality, groundbreaking original series and companion interactive experiences. Overall, Sinking Ship has won 21 Daytime Emmy® Awards and a variety of other international awards including Canadian Screen Awards, Youth Media Alliance Awards, Fan Chile Awards, Parents Choice Awards, the Shaw Rocket Prize, and the Prix Jeunesse International. In addition to production, Sinking Ship operates a cutting edge VFX and Interactive Studio, creating multi-platform digital experiences and interactive content for audiences around the world. The Toronto-based company is home to over 175 shipmates.

Julia, a 14-year old orphan, is placed in the care of foster parent Mr. Leopold where she joins his other charges, Johnny, Tabby and Finn, on a 2000 -acre farm. But when an Alien's ship crashes into their barn they learn Julia is not the only new arrival.

The fight to save endlings continues as Julia, Johnny, Tabby and Finn track Hewes to her Infinitum facility. When Hewes cracks open an orb releasing a dangerous creature, our heroes have no choice but to bring the fight to her.